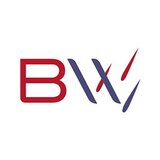 "British Water and its predecessor bodies have been active since 1938. In 1993, the merger of two trade associations BEWA (British Effluent and Water Association) and BWIG (British Water Industries Group) saw the creation of British Water, which has become the leading water and wastewater trade association.  British Water lobbies governments and regulators on behalf of its members and provides vital information on UK and international water and wastewater markets - how much is being spent, by whom, where, when, how and on what.  As well as actively promoting best practice, British Water represents the interests of the UK water and wastewater industry on UK and European regulations and legislation, terms and conditions of contract and procurement practice, and in the creation of European and International Standards. In 2000, British Water became an association limited by guarantee with its Board of Directors  responsible for its future direction and activity."